Company Dance Traverse provides outstanding intensive training, performance opportunities, and choreography for the dancer wishing to take his or her passion to the next level.  Company Dance Traverse (CDT) focusses on providing a safe, positive, and supportive environment, helping its members achieve their highest potential while growing as dancers and individuals.

An ever-growing company with an outstanding reputation, dancers between the ages of eight and eighteen learn lessons that serve them both in and out of the classroom.  Members of CDT develop skills in accountability, punctuality, respect, and time management, in addition these dancers become part of a dynamic and enriching dance community that extends far beyond their time in CDT.  Many members of CDT have gone on to dance or teach professionally, and all have carried over the lessons learned inside the studio into their professional lives.

Under the artistic direction of Betsy Carr, Company Dance Traverse has received international recognition for choreography, technique, and professionalism.  CDT has been rated among the Top Ten High School Dance Companies in Michigan for ten years, selected as the Michigan representative for the Dance Excellence Festival in Los Angeles, invited to Europe for Young! Tanzsommer Dance Festival, and recognized nationally by New York City Dance Alliance as a “Class Act”.  CDT members have also been awarded over $100,000 in college scholarships.

Attending some of the top dance festivals and conventions internationally, CDT members are provided countless opportunities.  CDT dancers perform for, and take class from the finest teachers and choreographers in the country.  These events also open doors to college scholarships, summer intensive admittance, regional and nation convention scholarships, as well as potential job opportunities.

CDT dancers attend at least one regional convention per year.  These conventions offer master classes, workshops, and auditions, as well as performance and evaluation from esteemed dance professionals.

Typically, longer than a weekend, the dance festivals CDT is chosen for are a great way to connect with dancers across the globe, while providing exciting travel opportunities, and team building experiences.  CDT attends, takes class, and performs at festivals such as Michigan Youth Arts Festival at Western Michigan University (MYAF), Dance Excellence in Los Angeles, and Stars of Tomorrow International (Formerly, Young! Tanzsommer) in Austria, Italy, and Germany. 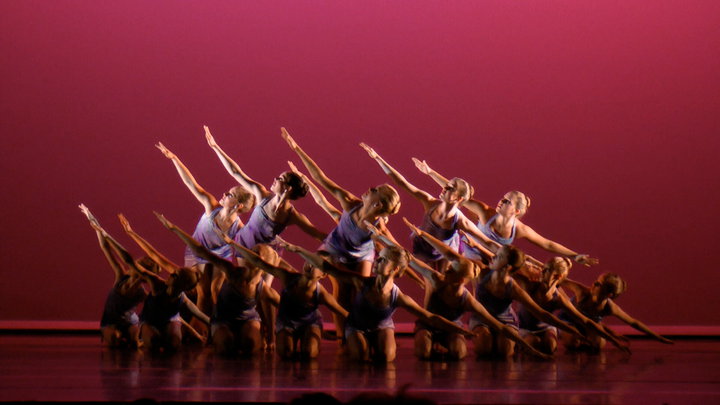 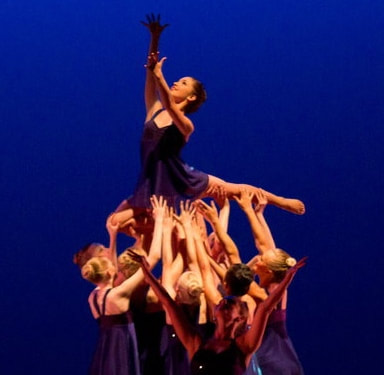 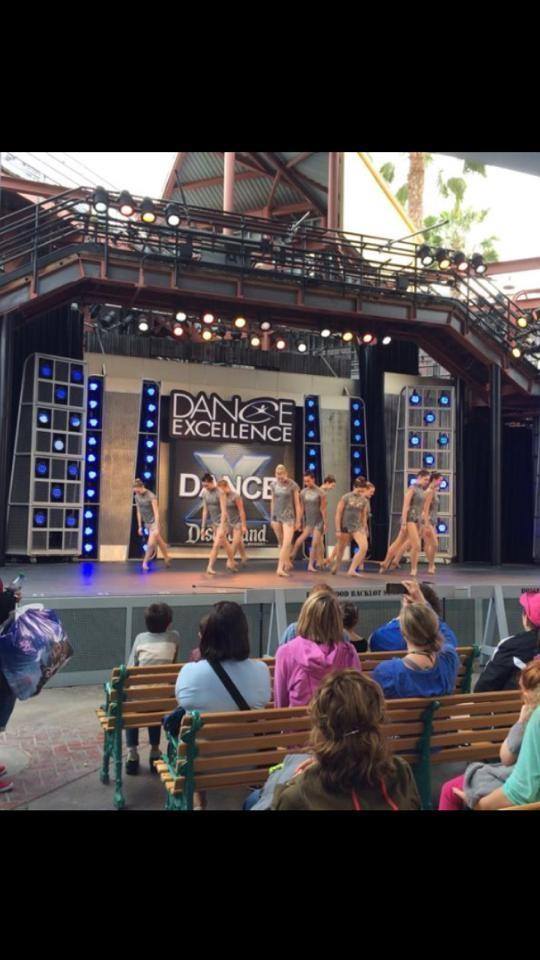 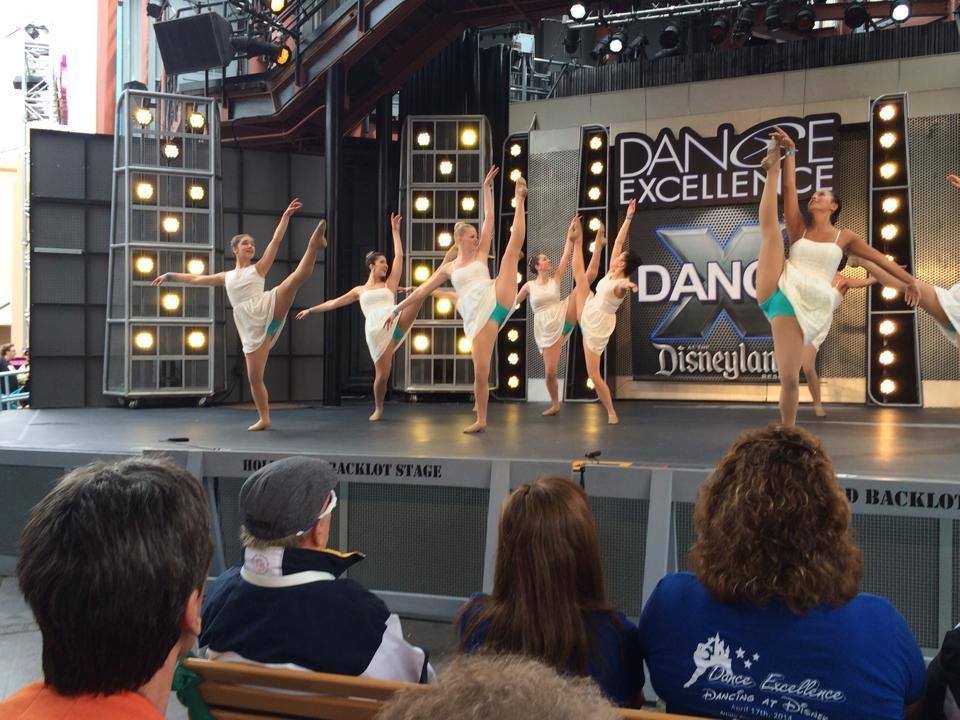 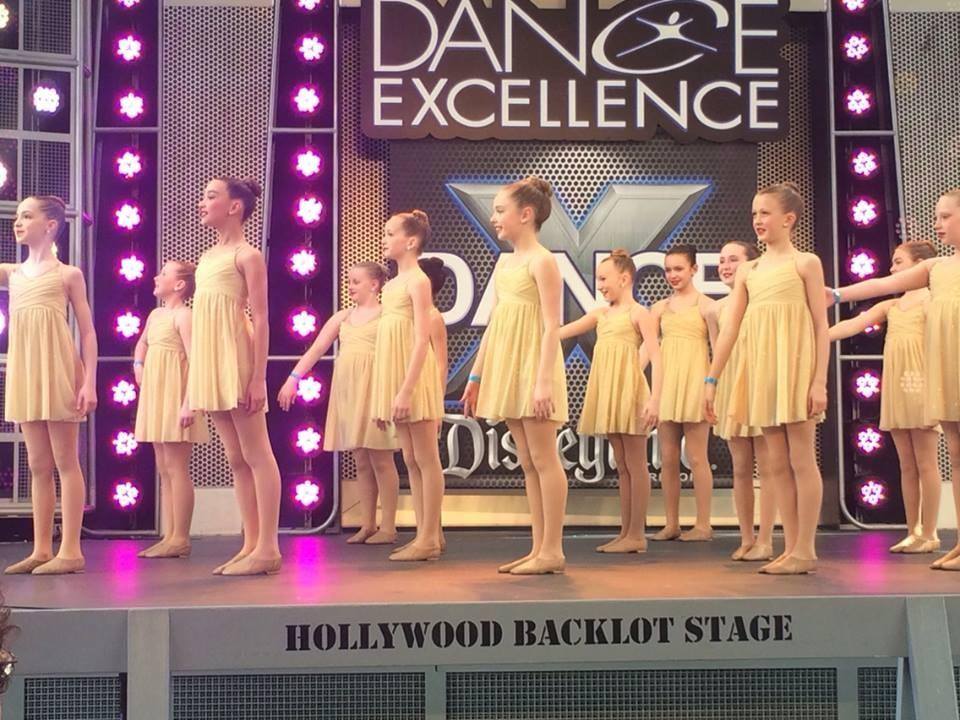 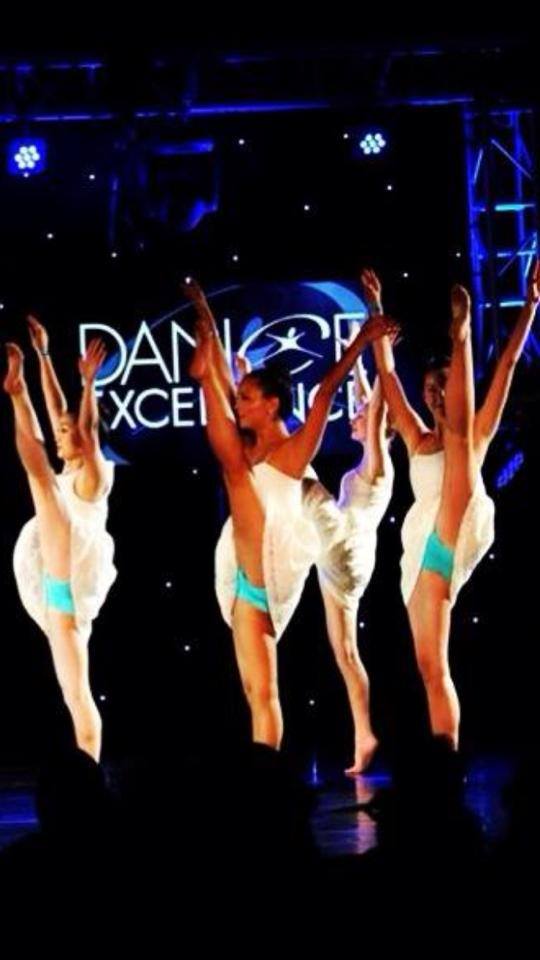 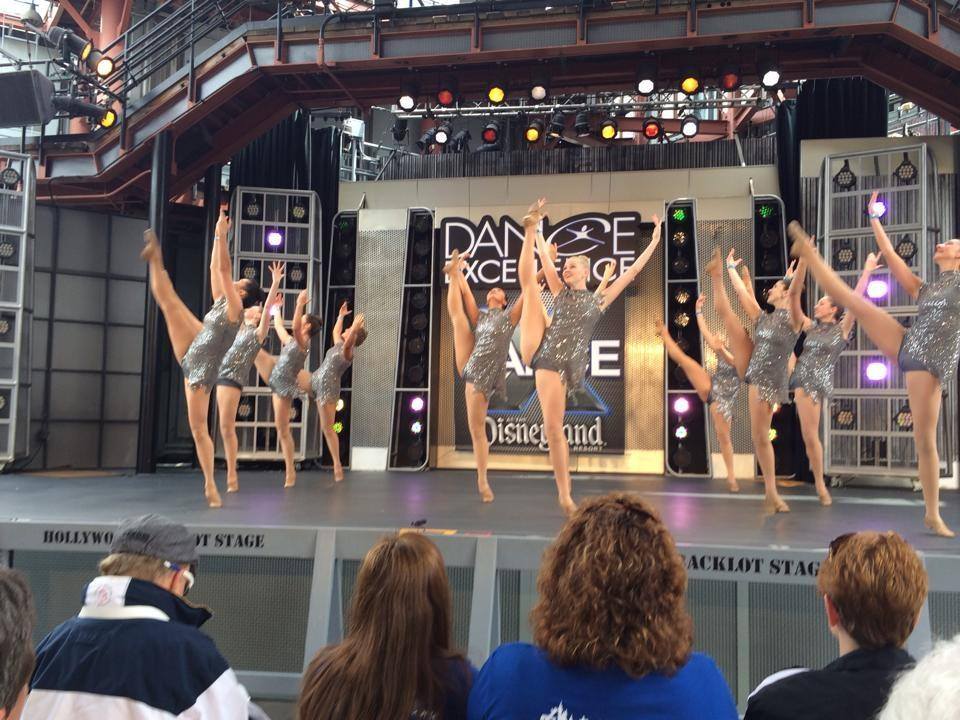 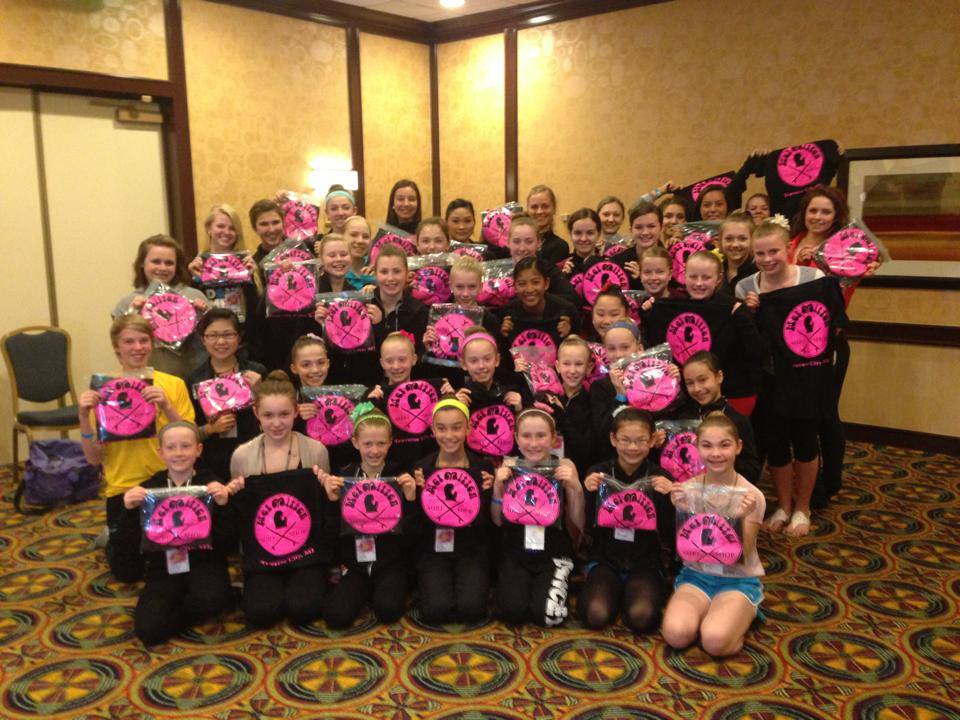 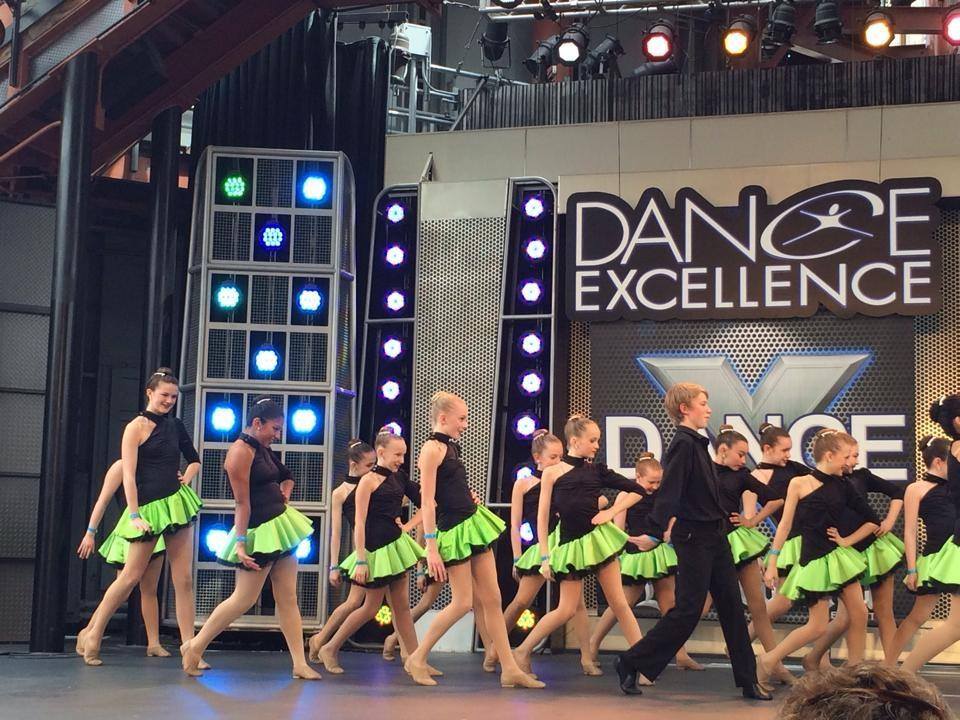 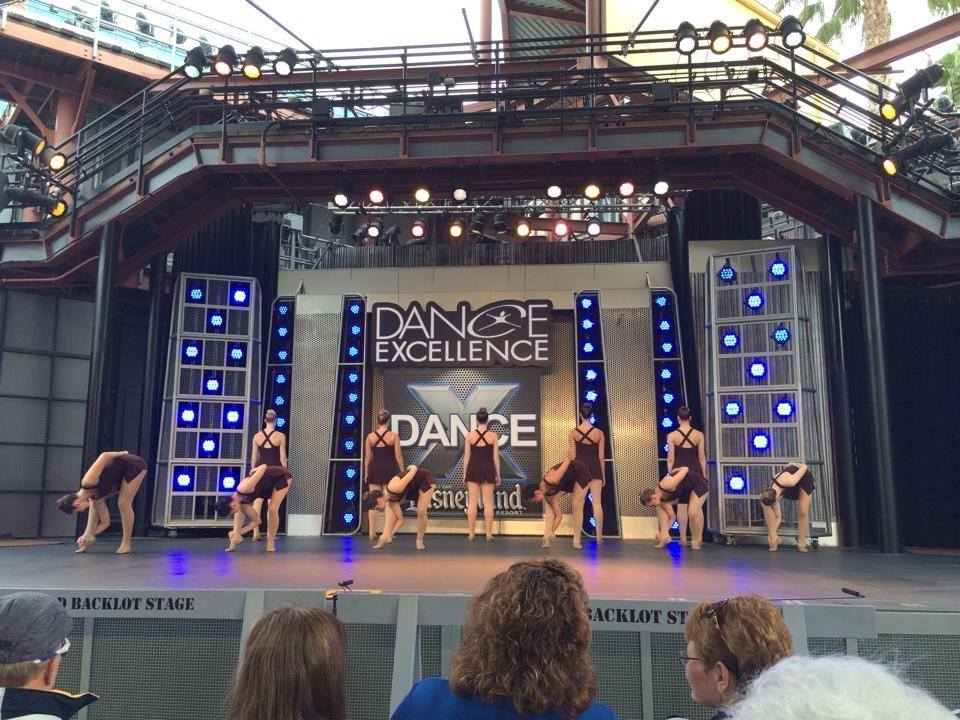 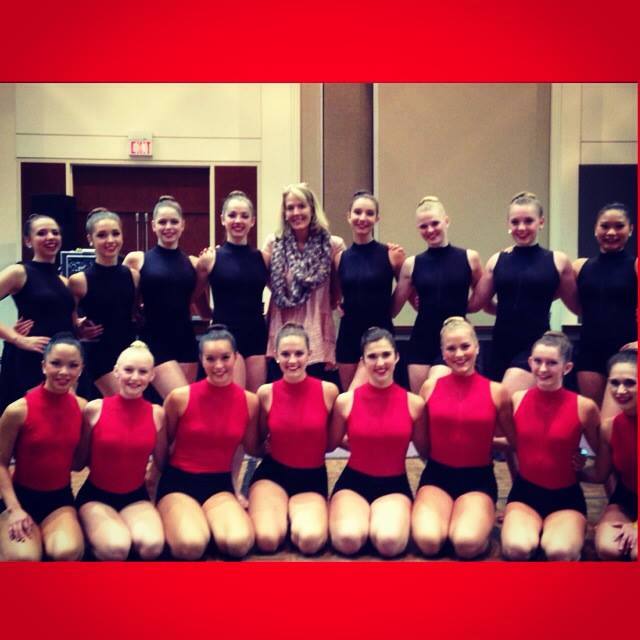 We are so happy for their success…They are such a credit to what we develop at DAA!  Congratulations!

DAA Alumni have earned many college scholarships, and are currently dancing in Ballet, Modern, and Jazz Companies throughout the U.S. and Canada.  Our dancers have been selected for National Tours of Broadway Shows, Commercial Work and more.

DANIEL J. EDWARDS graduated from Point Park University with a BA in Musical Thearer.  Daniel is an actor, known for Yu-Gi-Oh!: The Dark Side of Dimensions (2016), Mobile Suit Gundam Thunderbolt: December Sky (2016) and Death Battle (2010), Yu-Gi-Oh! Arc-V (2014), Pokémon the Movie: Hoopa and the Clash of Ages (2015).  Dan has performed on Broadway in the cast of the Tony Award winning Broadway show “Anything Goes” (2011).  He earned his equity card on the tour of PCLO’s “Miss Saigon”.

ATHENA PERAMPLE resides in LA and is known for her work on Army of the Dead (2021), Countdown(2019) and WandaVision (2021). Athena has been seen on the LA Clippers Dance Squad 2015-2016 (TV Show). the hit TV series “Glee”!, a contestant on So You Think You Can Dance, the “Aqualillies”, a synchronized swimming and dance group in Los Angeles and has done commercial (Nike, Samsung, L’Oreal, and Redkin), film and concert work (David Archuleta & Kelly Osborne).

JAEMA BERRY, graduated from Northwestern University in 2008 with a degree in Dance (and a degree in Industrial Engineering) and founded Jaema Joy Dance  a collective of dance artists creating and performing interactive original contemporary dance in New York.  Jaema also performs with “Sea Monkeys” performance company in NYC directed by Lauren Adams.    She served as the Artistic Director of Tonik Tap, Northwestern’s tap dance company.

FELICIA PHILLIPS owned the Ausable Dance Center, after continuing her training in LA when she was awarded a dance scholarship to the Edge Performing Arts Center where she attended dance, voice, acting and gymnastics classes.  She has been a dancer in both short film and music videos as well as concert work in Los Angeles, San Diego, and Phoenix, and taught at various pre-professional schools in those cities.

LEIGH SCHEFFLER, studied at California Pacific College of Performing Arts in LA. in NYC and trained with the Young Americans and toured the world for three years.  Leigh is currently a Show Supervisor with RWS Entertainment Group.  She choreographed The Sound Of Music  and Annie for the Alabama Shakespeare Festival (2018), Assist Choreographer Kid Victory (2017), Assistant Choreographer & Dance Captain as well as swing for Joseph on Tour (2015), Cast Member for the Ogunquit Playhouse Joseph & the Amazing Technicolor Dreamboat (2013), Professional Dancer with Stiletto Entertainment (2008-2014).  Leigh has been a lead performer and aerialist for many seasons aboard cruise ships.

CAITLIN BROWN is a Dance Graduate of Eastern Michigan University.  She has taught and danced in the Ann Arbor area before returning home to DAA to teach.

JENNY MORRIS spent summers training with American Ballet Theatre in New York under Franco DeVita, Joffrey Chicago under Ashley Wheater, and on scholarship with BalletMet Columbus. Upon graduation from high school Jenny was invited to train at Ballet Magnificat in Mississippi, touring and performing nationally and internationally as a part of BalletMag II and the Events Company under Jiri Voborsky. As a soloist, she performed with the Women of Faith conference national tour. Jenny was honored to be promoted to the Ballet Magnificat’s Alpha Company with Kathy Thibadeaux. She has collaborated with Practical, a film company, choreographing and performing in a music video for recording artist Jetty Rae and organizing a music video for Alex G. featuring CDT dancers.  Jenny has guested as the Sugarplum Fairy in Kentucky.

LANE HALPERIN performed most recently with Queen of the Night and The Francesca Harper Project in NYC.  Upon graduating from Marymount Manhattan College where she achieved a BFA in Dance, she joined The Steps Repertory Ensemble. Lane has performed nationally and internationally in the Dansforum Festival in Sweden, Jacobs Pillow Inside/Out Series, Lincoln Center Outdoors with Mark Dendy, Destiny Rising at the Joyce Theater, Bryant Park Presents: Dance Outdoors, the United Colors of Fashion Gala at the Museum of the City of New York and the Lexington Avenue Armory, the Lacoste Fragrance launch in Grand Central Terminal with Gallim Dance, the Table of Silence Project in the Lincoln Center Plaza with Jacqulyn Buglisi, The Quarterly Arts Soiree at Webster Hall, APAP, Movement Research at Judson Church, Under Exposed at Dixon Place, The Worlds Science Fair, NY Festival of Dance Schools, The Latin Choreographers Festival, was featured on camera for the New York Film Academy, Identifying Talent TV and more.  Lane has taught company class for the Steps Repertory Ensemble, improvisation and contemporary at Steps On Broadway, the University of Stockholm School of Dance, and creative movement at the Hudson Guild Children’s Center in NYC.

SARAH WOLFF became an inaugural member of The National Ballet of Canada’s RBC apprentice program, YOUDance (Youth Outreach and Understanding), introducing dance to thousands of elementary students in Ontario.  In 2008 she became a corps de ballet member of The National Ballet of Canada and continued to perform with them in Toronto and tour internationally through 2015. She danced with BalletMet for the 2016/17 season and has performed lead roles with The National Ballet of Canada, Ballet Minnesota, and BalletMet in addition to free lance and commercial work in Toronto and NYC. She completed Fletcher Pilates Teacher Certification Courses in Matwork I & II, Advanced Matwork, and Towelwork during her career in Canada and has enjoyed teaching throughout Ontario, Michigan, Minnesota, and Ohio. She is now a free lance dancer and a teacher based in Columbus.

SARAH WEST graduated from Western Michigan University where she studied Acting and Theater after joining the Joffrey Touring Company in NYC upon completing three years of training at the Joffrey program.  Sarah is currently attending pursuing her MFA in Acting at the University of Houston.  Sarah has been an actor and choreographer with the Southern Colorado Repertory Theater (SCRT) in Trinadad, Colorado.  You will also see her love of art expressed through Sarah West Photography.

MORGAN McEWEN began her professional ballet career with the Richmond Ballet and then continued on to BalletMet in Columbus, Ohio. During her time at BalletMet she had the opportunity to dance many soloist roles and was also co-recipient of the Violetta Boft award. In New York, Morgan, danced with the Metropolitan Opera where she has had the opportunity to dance in several Metropolitan Opera premiers including Rossini’s Armida and Offenbach’s Les contes d’Hoffmann; as well as the world premier of Enchanted Island. Morgan has performed on Broadway at the Shubert Theatre in Brigadoon and has also danced with Neos Dance Theatre, Syracuse City Ballet, and Gleich dances. She has guested with Ballet Yuma, Pennsylvania Classical Ballet, New Jersey Dance Theater Ensemble and Albany Berkshire Ballet.

VAL LOBER has her BFA in Dance from Western Michigan University, and is currently WilmettePark District’s artistic director of dance in Chicago.

ANNA ANTINOZZI is a senior Dance Major at Marymount Manhattan in NYC.  She spent the past year dancing in Paris, France!

SAYRE MASTERS is a recent Dance major graduate from Western Michigan University.  She teaches at West Michigan Dance Center and spent the summer teaching and training in China.  Sayre was also selected for the River North Dance Workshop.

NATALIE NIERGARTH is a senior Dance Major (on scholarship at the University of Michigan.  She spent the last summer interning in NYC with The Pascal Rioult Company.

AUDREY PRISK is a graduate Dance major (on scholarship) at Point Park University in Pittsburgh.  We love that she comes home to teach when she is available.